I am so excited I could burst ... thanks Open University x

Posted by Unknown
I am trying to contain my excitement. No, really. I have been waiting 30 years for this Saturday coming and when I think too much about it I get a lump in my throat...

I have even spent money on a new pair of shoes ... money that could probably have paid off the national debt of a small African nation. But, as I said, its been 30 years in coming.

This Saturday I am going to graduate. I am going to become Secret Housewife BA (Hons) 1st Class. When I started my journey 30 years ago, going to Leicester University to study History of Art and Italian I really never expected that it would take so long to achieve my goal. I assumed that it would be three years of enthralling study in lofty garrets, talking about Vasari and Dante and reading poetry by candlelight.

It didn't end up like that. I spent most of my time at Leicester in a room that resembled a cross between a cell and a section of a multi storey car park. I developed a cheese and tomato twinnie habit and for those of you who don't know what this is - its a massive baguette style sandwich that is absolutely delicious, but wicked on the waistline. Most of my friends were medical students who spent all their time studying anatomy, and not in a fun way.

I was left alone in my room chomping on twinnies and the occasional take away curry, avoiding lectures full of History of Art students in twin sets and pearls who delighted in telling me I was not PLU ( People Like Us) This meant that I had not been to private school and my parents did not own half of Hampshire. The loneliness and boredom crowded in on me like two vicious bullies and I wrote reams of miserable poetry. Just thank your lucky stars there was no such thing as the internet back then or you would have been subjected to my volumes of self pitying despair. No doubt my Twitter feed would have been plagued with 140 character long suicidal verses.

Needless to say that although I was academically successful, mentally I was a mess and during the summer holidays before the third year, where I was due to spend 3 months in Rome (oh, the hardship!), I dropped out.

My tutor, whose name I forget, did not even bother to reply to the letter I sent telling the History of Art department that I was desperately unhappy and would not be coming back. Thanks love.

To be honest it was a move I never regretted. My life turned a corner and I started work in casinos, met my husband, traveled the world and generally led a darned happy life.

But always, in the back of my mind was my failure. I had always been the bright one, the one who might have gone to Cambridge or Oxford ( and not just for the delightful shopping and punting facilities). But I had ended up with only A Levels and a non-professional career. As I hit 40 regret did start to raise its ugly head. There was a sense of "What could I have been...?"

But now I know. My beautiful, kind and clever sister in law told me about the Open University. She told me I could transfer the points I had gained all those years ago and finish my degree. So I did. I have.

On the tab at the top of this post there is a page which links to everything I wrote during the 3 years it took me to complete my degree. It takes you from when I was just considering it, through the hard times, the self doubt and the times when I nearly burst with pride. Like Saturday. Saturday I may well burst with pride and I will definitely be wearing my waterproof mascara. I will write about my day and post photos of me and my lovely family. As I write this I feel a bit tearful, which is frankly ridiculous and could be linked to a distinct lack of chocolate in the house, but I just wanted to let you know. And show you my shoes. 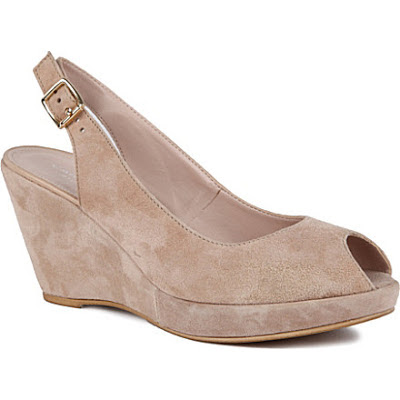 Huge, huge congratulations. My youngest son has decided to drop out of his third year at Uni, we have told him that we are happy whatever he decides to do, and that he can always go back and finish his degree later in life if he chooses to. You are living proof it can be done. Congratulations,
Joy x x x

I found that my education was lacking and am on a pathway to knowledge too. A first though, legend of the pit. Do your readers know you once worked down the pit? HEE HEE.Congrats Mrs.

Just.....brilliant! Congratulations Sarah. Have a fantastic time, you thoroughly deserve it! Xx

Hello Joy! Thank you so much! I hope your son is ok - wish him well from me! Sarah x

Hi Lovely David! Those were the days eh? when we toiled together at the pit face!! Now I need to know more about your pathway to knowledge!! Thanks so much for your comment - I really appreciate it. Sarah x

Can't wait to see the pictures,
One day I'll catch you up on what's been happening since I finished my MA.
Well done, enjoy the day x

Jan (StudentMum/StudyingParent or whoever I am these days!)

Hi Sarah, well done - not just the BA but all your achievements. I hope you will have unfettered happiness going forward.
Warm wishes,
B.

Congratulations Sarah. Better late than never. You did have some lovely interesting friends in Leicester though - such as my dear wife! Have a great day on Saturday - nice shoes by the way!

Well done one your first. I had a little weep when I got my first from the OU last December also in Art History. I like you started studying the 80s and transfered credits in to my OU degree. Studying at the OU in my 40s was one of the best things I have ever done.

Congratulations on such a wonderful and meaningful achievement! You totally inspire me! And I love the shoes. I'll be thinking of you on Saturday! And who knows? This might just help me be brave enough to get another step closer to looking into going back to school myself. I've considered it, but stopped short of putting my portfolio together that they need to consider what credits they will take at a school I found in my area.

I remember when you started and now you're all finished and qualified - well done. You're an inspiration and I feel incredibly happy for you. x

I am so proud of you, you are simply amazing!!! Have a wonderful day and cry if you want to, they will be tears of joy. Can't wait to hear all about it ans see the pics. Loving the shoes!! Sarah xox

Hello Jan
Thank you! And yes! I would love to know what you are up to post MA!!x

Hello B
Thank you for your kind wishes!Lovely of you to comment. x

Hello Nigel.
Yes. Hilary was and is a lovely friend.Perhaps if I had worked as hard as she did I would have achieved my degree 27 years ago or so. How lucky she was to have you to support her just as you are now.

Hello Sarah. Congratulations on your first!! I know exactly how you felt - I had a little tear too. Thank you so much for your comment. And no - not Hobbs, Carvela!! I would have def gone for Hobbs though - they are gorgeous! x

Hello Urban Cynic! Thank you so much! You have been with me all the way, right from the beginning - just like Inkling and some of the people I know in real life. I am so grateful to you all and its lovely to be able to share my happiness with you.xxx

Many many congratulations and a first as well! X 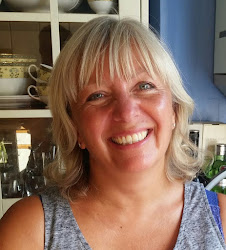 Hello and welcome to my blog. I am Sarah ...Secret Housewife ...Lifestyle blogger, BiBs Finalist 2013, lover of wine & lip gloss. But not necessarily at the same time ... 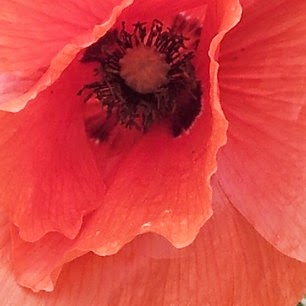 Scenic Photos... check out that view!!

A place to keep my original drawings & paintings... do feel free to have a browse...